Sailing the Mayflower to Equality & Justice

Sailing the Mayflower to Equality & Justice was a Solidarity Project run by a group of young people in Rotherhithe, southeast London. The 12-month project aimed to enhance community cohesion and integration, focusing on the local migrant and asylum-seeking communities. 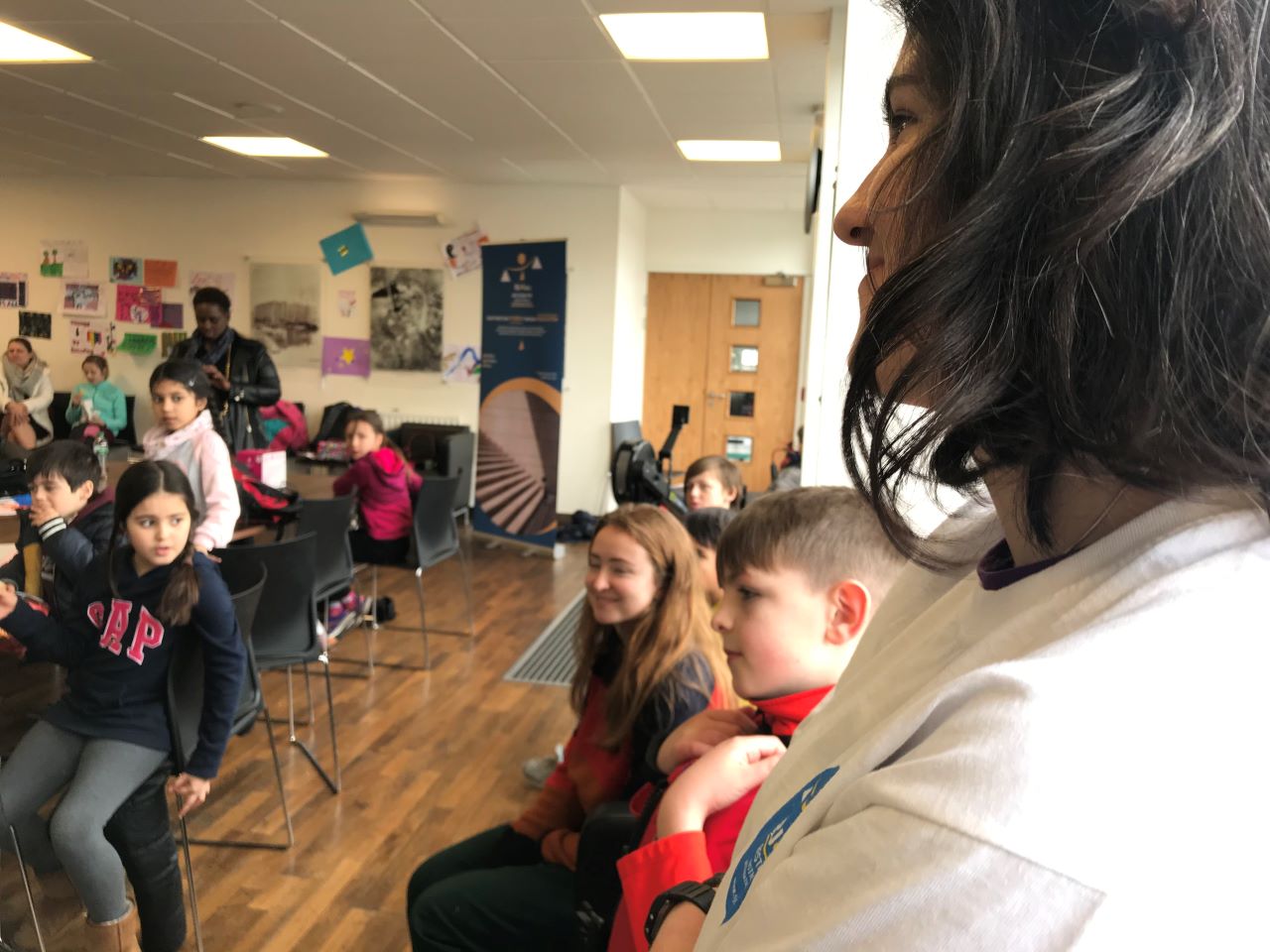 The inspiration for the project title came from the 400th anniversary of the Mayflower setting sail from Rotherhithe in 1620, taking the first migrants to the United States. It’s estimated that today, there are 35 million Mayflower descendants – so, the group chose it as a symbol of migrant integration.

For Solidarity Projects like this, young people can get the support of an organisation. In this case, the Restorative Justice for All (RJ4All) International Institute supported Sailing the Mayflower to Equality & Justice. This was the first Solidarity Project to commence activities in the UK, in May 2019.

As well as increasing awareness around the issues of migration and asylum, and emphasising the contribution from different communities to the local area and to London, the group looked into ways of bringing people together, including young migrants and asylum seekers, policy makers, the local council, families and children.

The group also reached out to local NGOs, public sector service providers, the local council, and schools for partnerships.

The group’s first job was to define the project’s needs and aspirations, as well as to assign clear roles and responsibilities within the project team (including the role of coach). In their first meeting with the coach, the group created a Gantt chart to define project milestones.

Desirée Noriega, a member of the youth management board, said:

We identified the local youth organisations connected with young people, and tried to create a map of all organisations that were relevant which worked with refugees and migrants, so we could include them in every single opportunity that we had.

Desirée had never been involved in anything like this before, but gained valuable skills through taking part in the Solidarity Project, including planning and preparation.

The project’s milestones included a youth-led campaign called FRED (promoting fairness, respect, equality and dignity), the creation and design of a website, launching an online art competition and organising an exhibition.

All of these different activities had a common goal: to bring people together.

“We did a lot of different workshops where we had asylum-seekers, refugees and migrants, and we put them together with young children of the community,” said Desirée, during a presentation that was part of the Solidarity Projects Lab online event.

You can watch her full presentation below:

Workshops and an exhibition

Workshops included sessions on topics such as the environment, discrimination and languages.

We looked into how hard it can be for some people to communicate, and how we should not discriminate against or bully them because they come from a different country.

Some workshops even included the creation of a flag to represent the community of each attendee! The objective was to recognise different kinds of discrimination, as well as to explore ways to counteract it and to highlight the idea of community cohesion and identity.

While covering the impact of non-recyclable waste on the planet, the workshops’ attendees were invited to make art with recyclable materials. The group explained the importance of protecting the environment and the oceans, whilst emphasising the idea that we all face these same problems, independently of our culture, religion or race.

The art created by the children during the workshops was included in the public exhibition, as well as selected submissions from the online competition. The group also created a magazine.

Thanks to European Solidarity Corps funding, the group gained valuable skills, while delivering a project that benefited the local community. They are now ready for the next chapter: having been able to secure support from a local funder, their plans are to carry on with activities once the Solidarity Project is finished.

visitor_type
Participant
category
Inclusion
Refugees and migrants
How can we help you?
Please fill in the form below:
For more information, please visit our Contact us page.