Everything is Possible: Salvage at Leeds Festival

Being part of a team, helping the environment and listening to live performances while you build up new skills: volunteers from seven countries had this opportunity this summer at Leeds Festival, in a European Solidarity Corps project with the organisation Everything is Possible.

The Leeds-based organisation has been salvaging good quality reusable camping equipment for local community organisations for 12 years. For the first time this summer, the action was part of a European Solidarity Corps project, in an activity type called Volunteering Team. 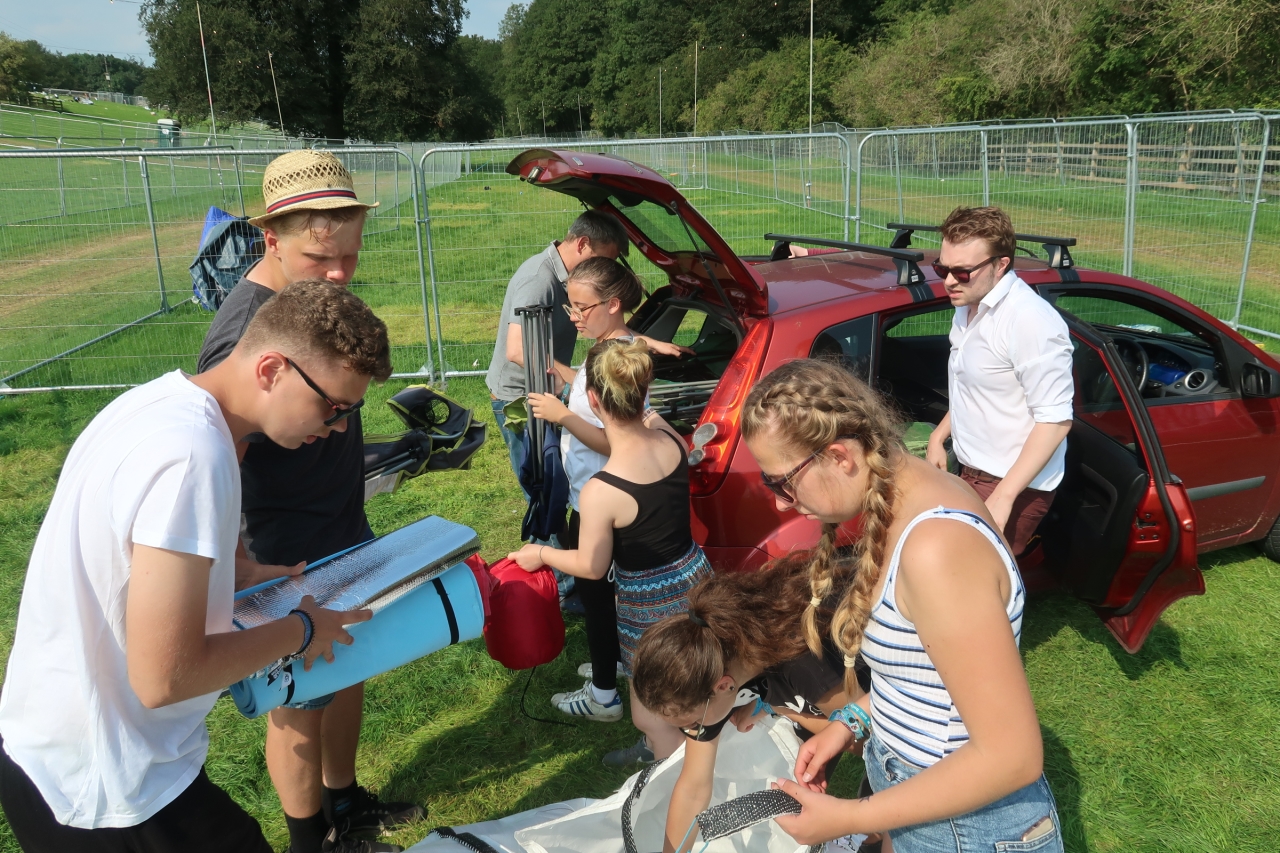 It included 25 volunteers, some with fewer opportunities, from the UK, Aruba, Estonia, Germany, Italy, Portugal and Sweden. The short duration of the project (two weeks) suited young people like 19-years old Jack Scholes from Huddersfield. He managed to take part in the project between finishing college and starting a new job. Jack said:

Meeting everyone else, from all different countries, was the most interesting thing. (…) Meeting new people, especially, I think it helps with starting conversations, we get to know people better, it’s a little bit easier.

The volunteers’ mission was to collect the material in a good state. Thousands of tents, sleeping bags, roll mats and other camping equipment (that has often only been used for this one weekend) were left behind by festival-goers at Bramham Park. The volunteers have also spread the word about recycling amongst young people who were enjoying the festival and collected food with short shelf life from food traders to give to local charities.

We spoke to the volunteers on the last day of the project. The site was busy with local organisations collecting the material gathered by the team and some volunteers getting ready to head back home after finalising the activity.

Watch the video to hear the volunteers’ experiences and how their work benefited local communities: