Blessed Bernadette Ephraim is passionate about volunteering. The first European Solidarity Corps participant to undertake a placement in Northern Ireland, she spent 12 months in Belfast, supporting daily activities in an organisation, spreading the word about the power of volunteering and helping in events (including a high-profile golf tournament). 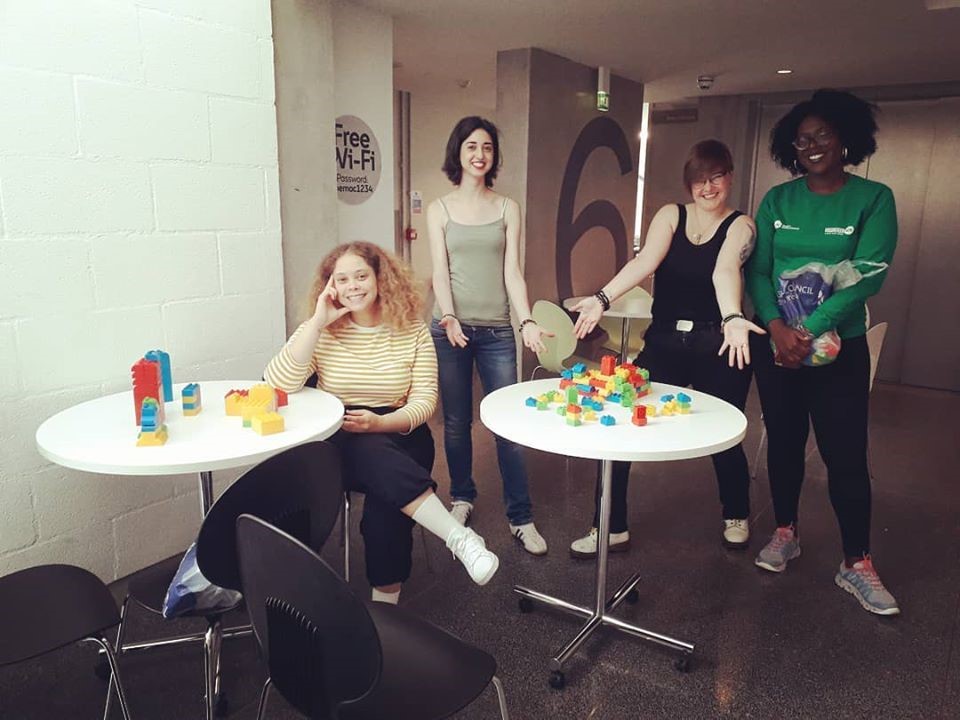 When Blessed started looking for European Solidarity Corps placements, her focus was on the project itself rather than the destination. At the time, she was a communications manager in an organisation that works with immigrants. It was her colleague, in charge of volunteering opportunities, who asked her: “Why don’t you try?”

Then, she found an opportunity with Volunteer Now, the lead organisation for promoting and supporting volunteering across Northern Ireland, in a placement coordinated by Bryson Charitable Group. Feeling that it matched her skillset, she applied for it, and got the chance to experience the voluntary sector from a different perspective, learning about other aspects of volunteering that were completely new to her.

“Volunteering is part of my life, I’ve volunteered since I was a child. It’s in my DNA,” says the 26-year-old from San Vito al Torre, near Udine, in Italy.

During her time on placement, Blessed’s highlight was helping to support the 148th Open at the Royal Portrush Golf Club, held in Northern Ireland in July 2019. The Open is considered one of the most prestigious golf tournaments in the world.

“Blessed carried out a tremendous role in the run up to and during The Open, supporting a wide variety of activities. Her support was invaluable throughout,” says Lindsay Armstrong, community projects manager at Volunteer Now, and the coordinator of Blessed’s hosting project.

Recruiting volunteers, supporting training sessions and keeping everyone up to date through e-mail, phone and face-to-face were some of the tasks Blessed got involved with. She attended all eight days of the championship, supporting spectators and other volunteers, while carrying out the role of Volunteer Ambassador. She was even interviewed by the BBC!

For many, all these tasks could sound daunting.

“I thought I might not be able to do it. English is not my first language, so I was quite intimidated. It felt like it would be an obstacle at the beginning, but it became something that I was happy with and proud of. I showed myself that I could do it – it was a moment of openness, even mentally, with other people. Talking to them, greeting and being greeted… it was special.”

The experience helped build Blessed’s confidence. She enjoyed the opportunity to see behind the scenes at such a big event and made new friends during it – “a family for that week”.

I showed myself that I could do it – it was a moment of openness, even mentally, with other people. (...) It was special.

Volunteering in her spare time 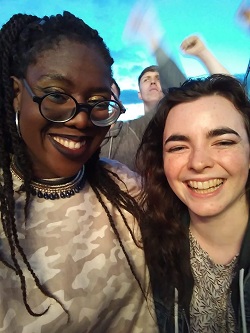 The work of Volunteer Now is diverse, so Blessed took part in a range of projects within the organisation. After supporting the preparation of some major events at the beginning of her placement, she started observing other people’s routines and helping other teams.

“It depends on the month. Usually, I have desk-based jobs, but I also have a lot of opportunities to get away from my desk and be active, like going on trips.”

Blessed even volunteered in her free time, collaborating with an association that supports the African Caribbean population in Belfast. She also got involved with big events, including a major electronic music event during the summer, with DJs from around the world. Blessed saw around 15 concerts for free in two months, including performances by George Ezra and the Foo Fighters.

“In Northern Ireland, I found that you can volunteer in everything that you can have an interest in, so, I started volunteering at concerts in my free time, Pride, amongst many things! Coming from a little village in Italy, which is nothing like this, I am trying to make the most of it.”

Despite not being a shy person, Blessed remembers that she felt out of place at the beginning of her placement because of the language. She started learning soft skills, however, such as active listening, how to be more patient and less selfish, and new ways of doing certain tasks, which helped her personal development.

I’ve learned some serious soft skills that I probably would never have learned if I hadn’t come here. The European Solidarity Corps experience is perfect for those who are, perhaps, not looking for traditional education – instead, they are searching for a different approach, which will allow them to grow as a person. I feel that I’m older now. I’m more than someone’s daughter – I’m my own individual.

visitor_type
Participant
category
Volunteering
How can we help you?
Please fill in the form below:
For more information, please visit our Contact us page.